It could be hard to understand that why someone would want to be a war photographer even war is a cold word itself. Why there is a profession called war photographer? What does a war photographer live? How is his daily life? Where does his psychology roam? We asked all those questions to Yusuf Sayman, a war photographer who is an eyewitness of the cruellest wars and a reporter who shares briefs from war zones with us. Answers are interesting…

What did you use to do before war photography?

I studied graphic design in Istanbul and then moved to New York. I worked as a graphic designer for 2 or 3 years. After that I ran İlhan Erşahin’s bar, Nublu for 6 months, studied photojournalism at International Center of Photography in New York. I spent four more years in New York and finally I moved back to İstanbul.

Did you work as a journalist in there? What was your starting point?

At first, I made a project about convicts who served long times in prison and their adaptation process to daily life in New York. After that I started to work about Kurdish problem in here. I worked about Syria mostly. 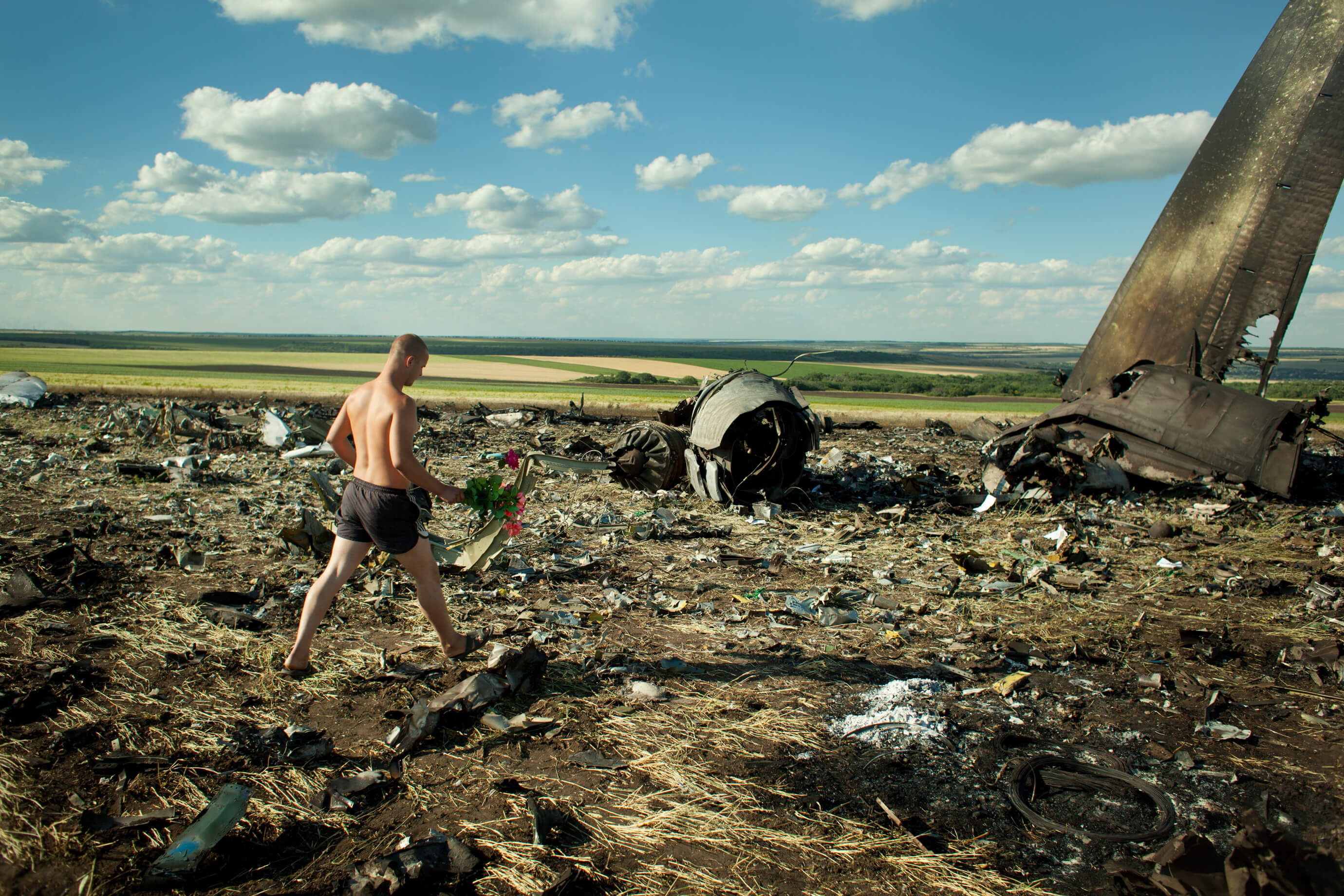 Which media organisations did you give your photograps to?

I worked with a lot of organisations like New York Times, The Guardian and Foreign Policy. For now, I work with a web site called Daily Beast. I didn’t work for Turkish press much, always worked with foreign press.

Was there an aim of yours as a war photographer in the beginning? What did you experienced different from your predictions?

Actually I didn’t start this job with great goals. Being a war photographer means telling some people’s misery to others. It’s about ego in some way. At the start, I tought it would be easier to get jobs like going around the war zones right after I started. It’s a really difficult job and even harder for a freelance photographer besides the fields’ hassles. 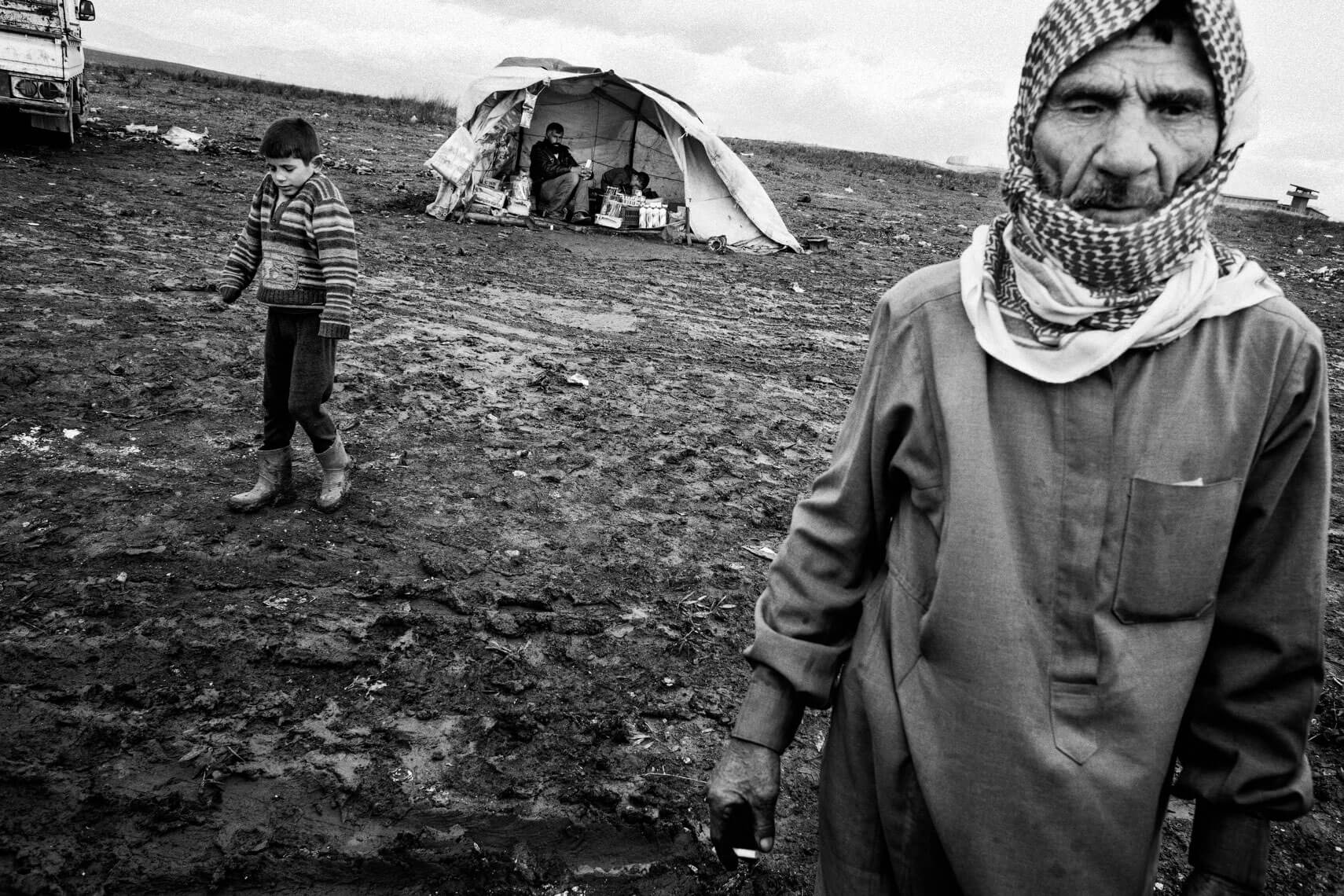 Some people say, they become nervous while they’re working and some say they work in a more calm mood. How do you feel while you’re working?

No, I don’t get nervous. Places that I work at are very stressful normally and I perform my best under those circumstances. High-pressured areas like battlefields are my natural areas and I decide correctly in those situations. Sometimes I make jokes and the ambience become funny. Actually things are never funny in there. That’s a kind of lie, kind of a defence mechanism like a reflex that your body uses to decrease the pressure on itself. Sometimes soldiers burst into laughter. You don’t laught because it’s funny, people canalise their fear in that way. Everything is so clear. You just take photographs. There is nothing in a battlefield except surviving and doing your job.

War photograps, prison photographs or the ones come from the front lines right after a slaughter… What purpose do they serve?

This kind of photograps show the lowest point of humanity when you look at them. I show the worst things that people do and the worst situations that people experience. For that, I thing it’s an important thing to people face with these, face with what do people capable of. That makes governments, states and whoever owns the power give an account for what they do. For example; Esad’s regime bombs Aleppo or police attacks with tear gas brutally… When nobody knows about this kind of happenings, they happen more often. If there are a journalist in those sceens, I can not say that prevents these kind of happenings but it beat a path to a mechanism for rendering of account. At least we hope so. 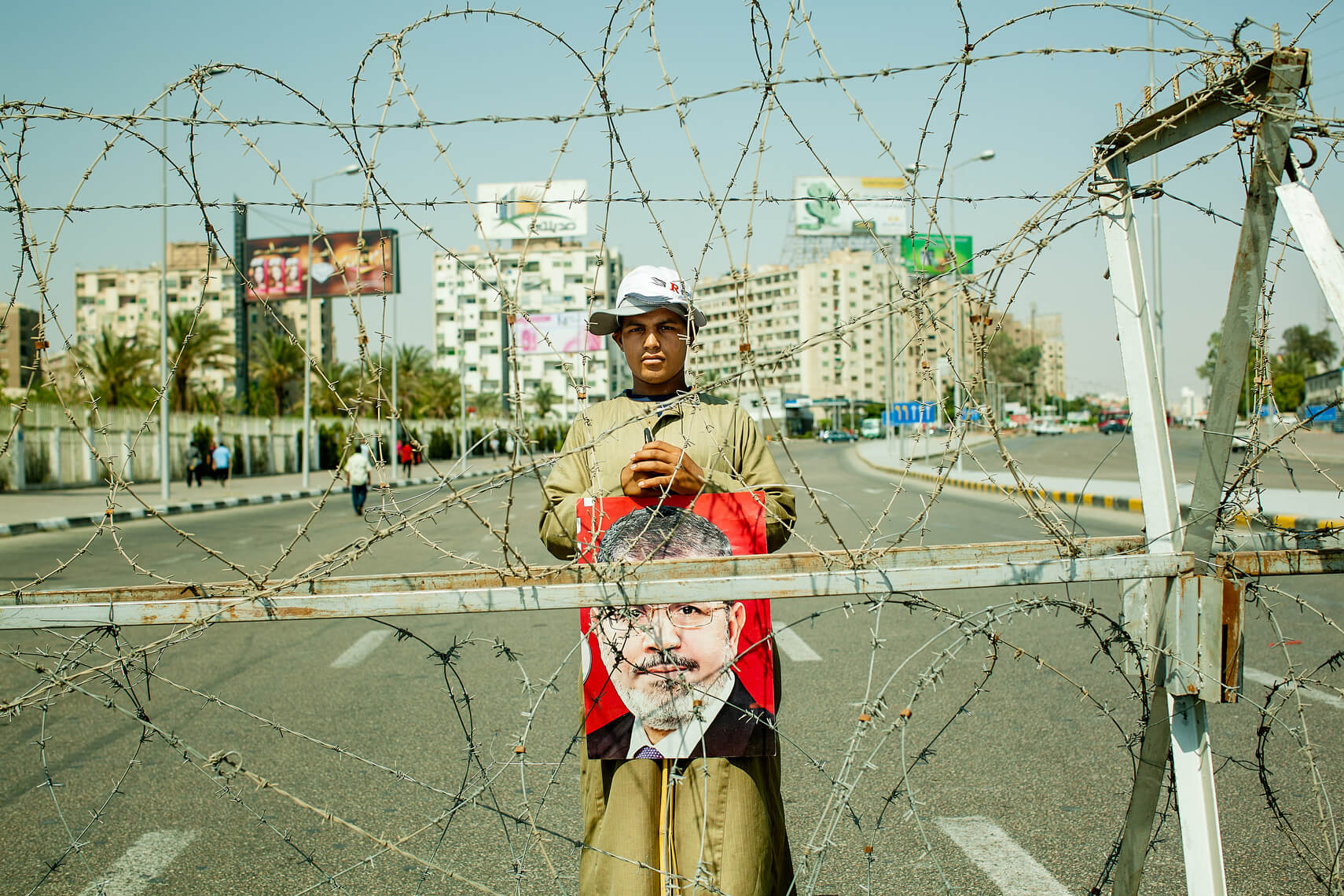 Which sceens come your mind first when you think about worst situations you’ve ever witnessed?

Aleppo I think. Aleppo is a horrible place. And then there are mass graves that built by ISIS. I remember them clearly, awful sceens. There is a violence in Aleppo that never stops, never ends. A market in the middle of the battlefield for example. People live there. You go to market, market is bombed. You buy tomatoes, in one street next there are snipers and they kill you if you go there. A bomb can fall in the middle of a bazaar. 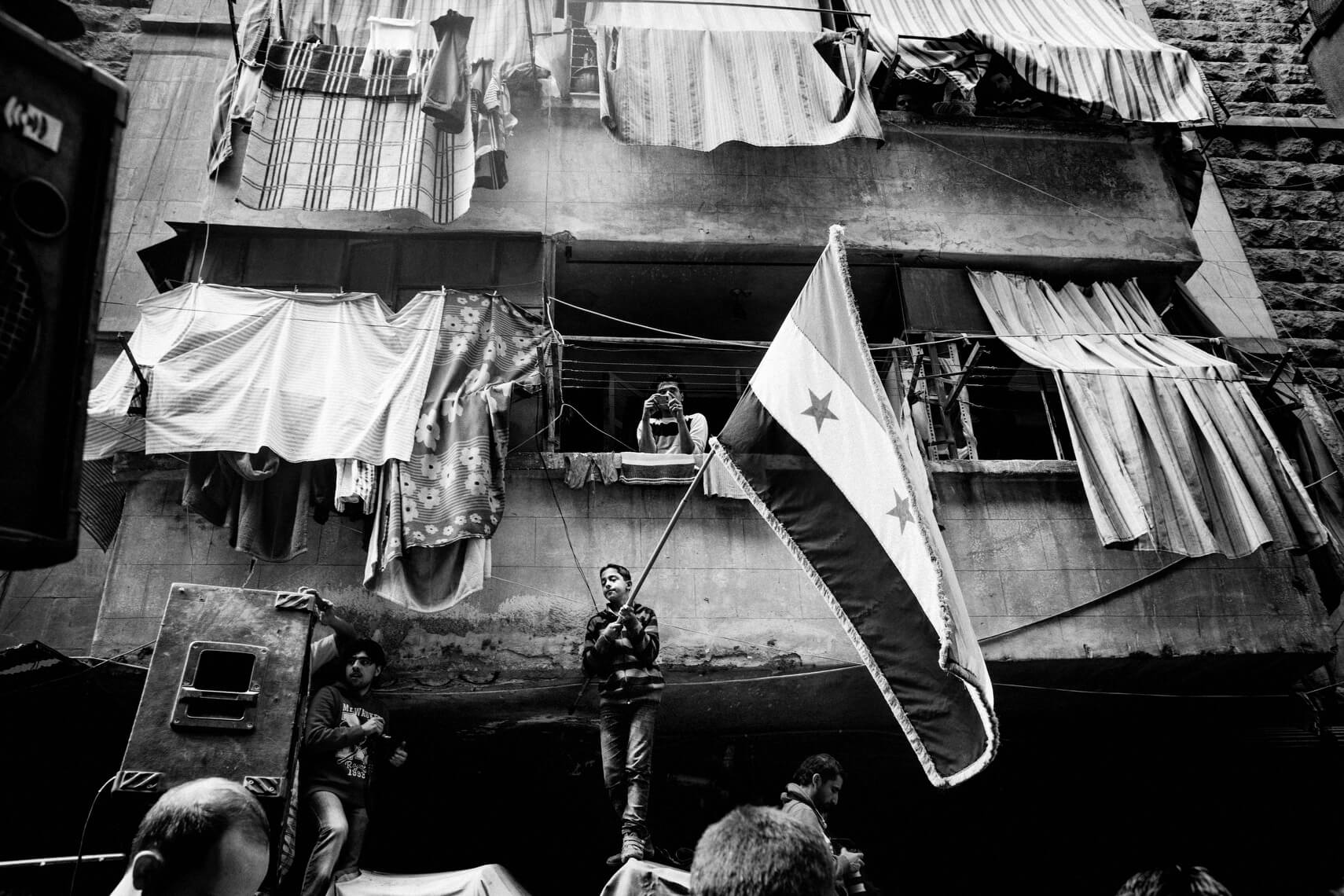 Do you have nightmares? Do you feel long term effects of these kinds of environments?

I don’t have nightmares but when I come back, it takes about a week to understand that I’m back. It depends on time I spend in war zones. You panic constantly. While you’re walking on your street, you may tought if there is a sniper. It’s a complicated state of mind. Brain can’t comprehend easily and sometimes you do nonsencial things, one can be untight after that experience. 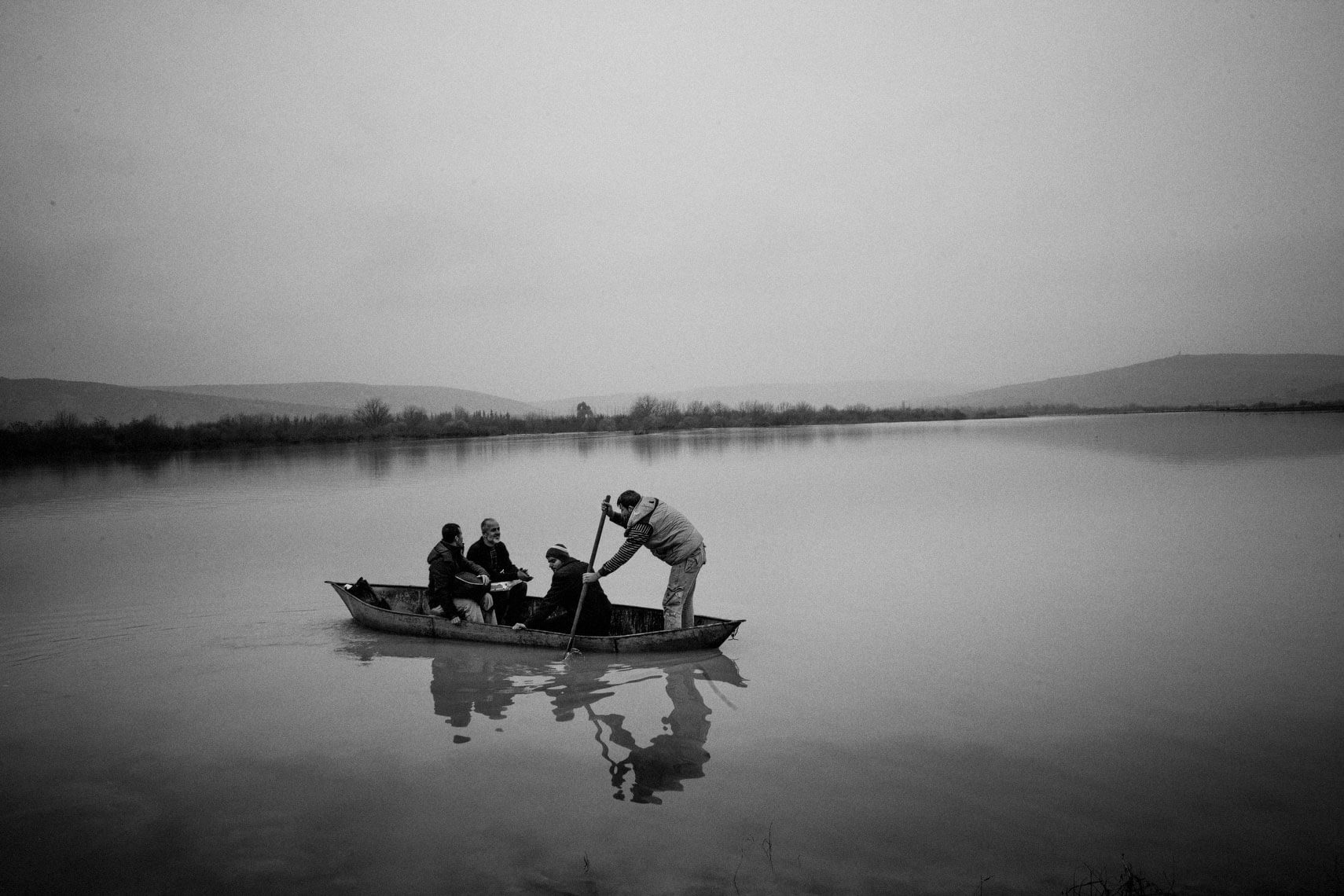 Which point do you pay attention when you’re shooting photographs.

The photographs that I like are the ones that deliver emotions. Namely, a photograph must tell a story with whole the people and every other thing inside. Men firing guns don’t interest me much. That kind of stuff doesn’t excite me. In some way, they must narrate me the feelings with the expressions.

What kind of inferences do you make from details? What do you see and understand in details that other people can’t?

I’m curious about military stuff so I pay attention to weapon types and the things like that. If you see a weapon which made in Belgium in the hands of a Syrian fighter, you say “What’s the relevance?”